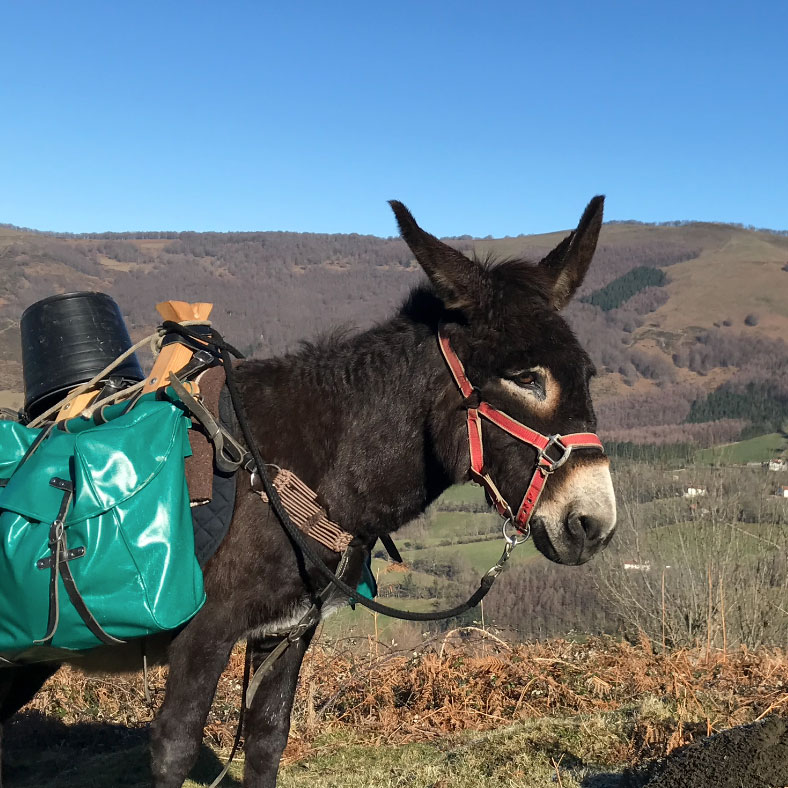 Encartaciones breed donkey, black and white tummy. From the Kantxillu farmhouse in Ataun. He is a mountaineer who has walked a lot, so he is very obedient. Despite being the last donkey to arrive, he is the oldest. 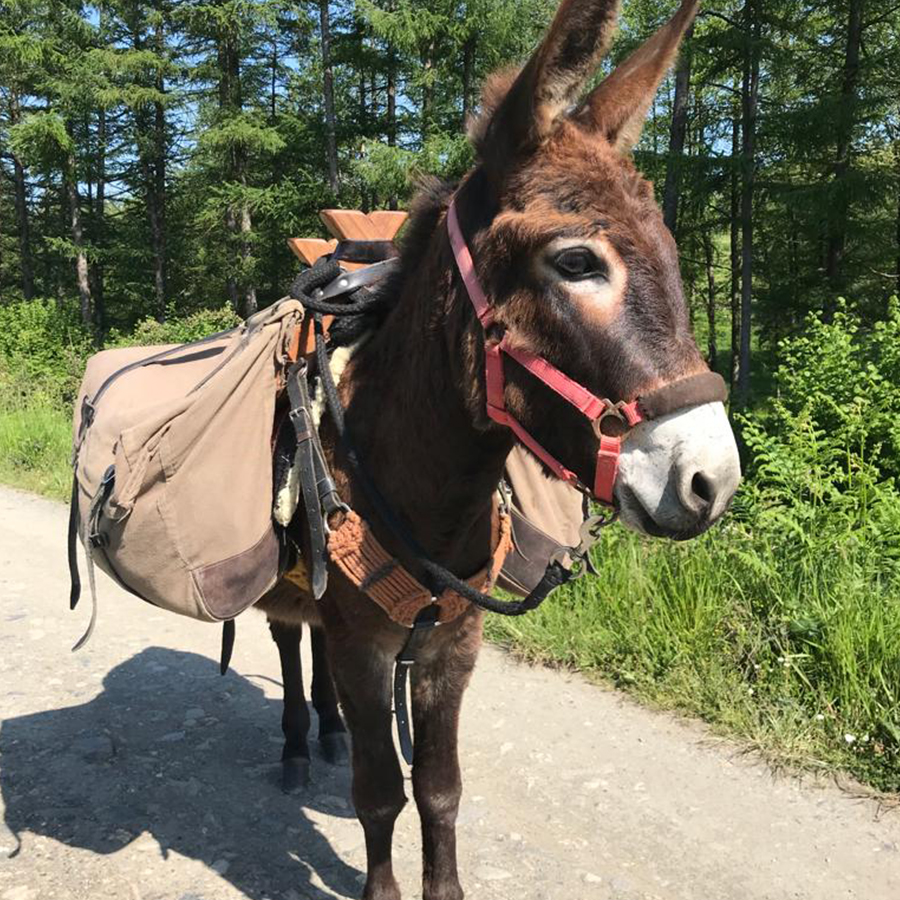 Medium-sized curly brown haired donkey. He owes his name to the Plazaola railway station between Leitza and Andoain and the adjoining farmhouse. It is the favorite spot for our donkey friends. He is the one who sings to us the most. 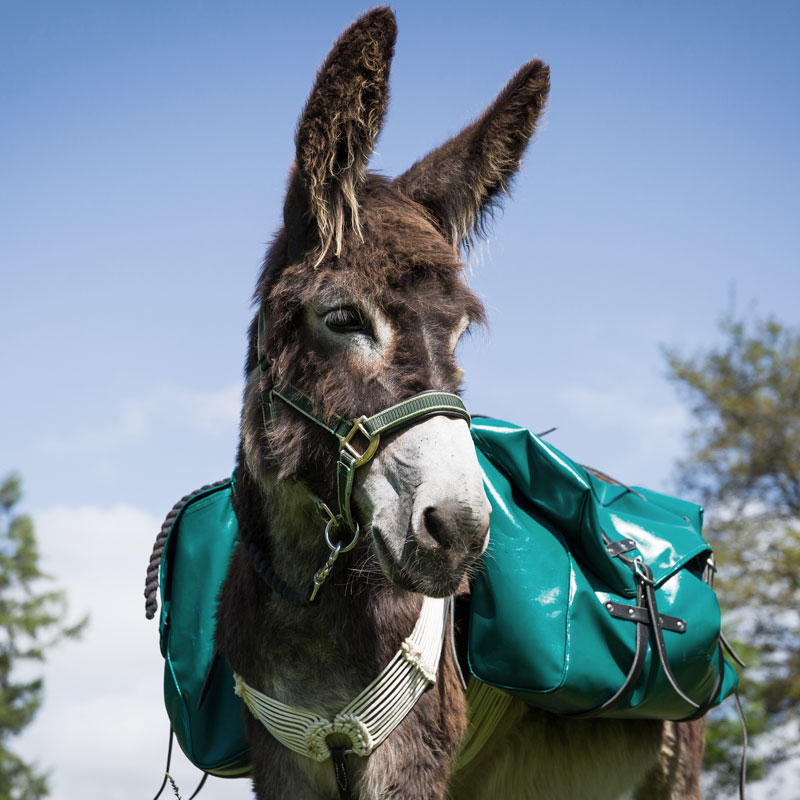 Although his name suggests otherwise, he is a very calm donkey. From Astosoro, Biscayan. He is large and brownish, furry around the ears. Meski’s close friend. He is able to do any itinerary. 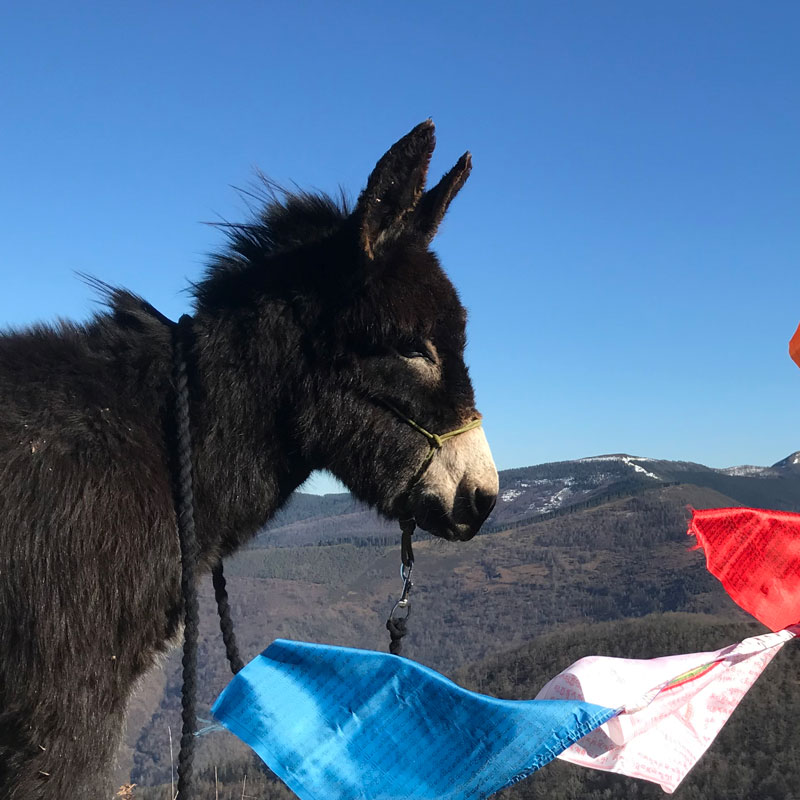 According to the Japanese Shinto religion, Kami is a spirit of nature. Medium-sized, black, hairy donkey. Native of Aintzerga. He likes to be petted and although he is a bit slow, he is very playful. 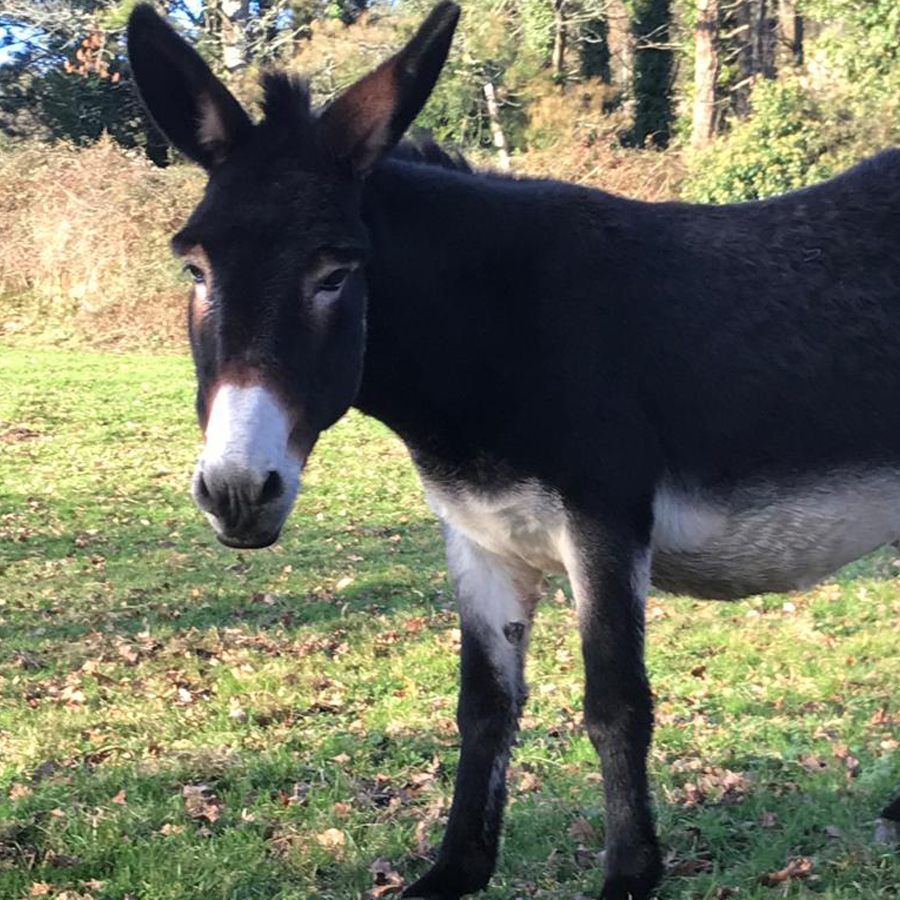 She is the only female in the group, of the Encartaciones breed. In the case of donkeys, the females are the fastest in the group and the ones who rule the herd. This is also the case of our Lola. 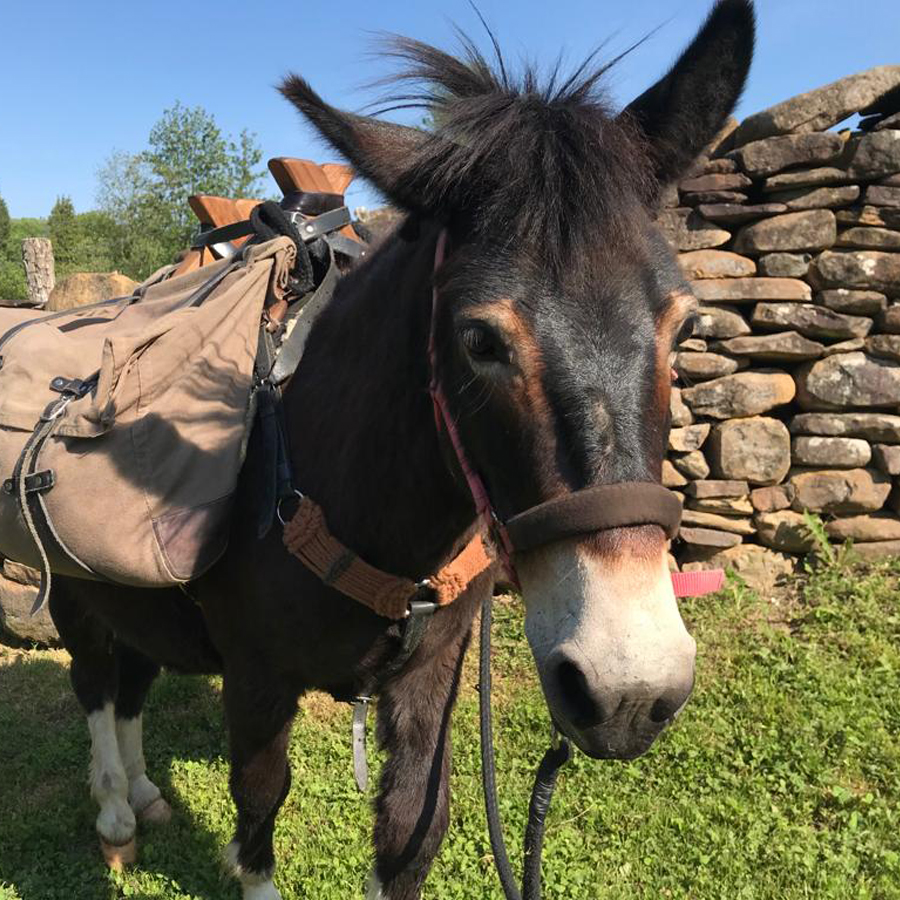 With him we began to dream of ‘Another way of traveling’. It is a small mule, a pony mother and a donkey father from the Encartaciones area. He has horse blood, he is very smart and restless. He commands in a group and is usually the first to take bread. 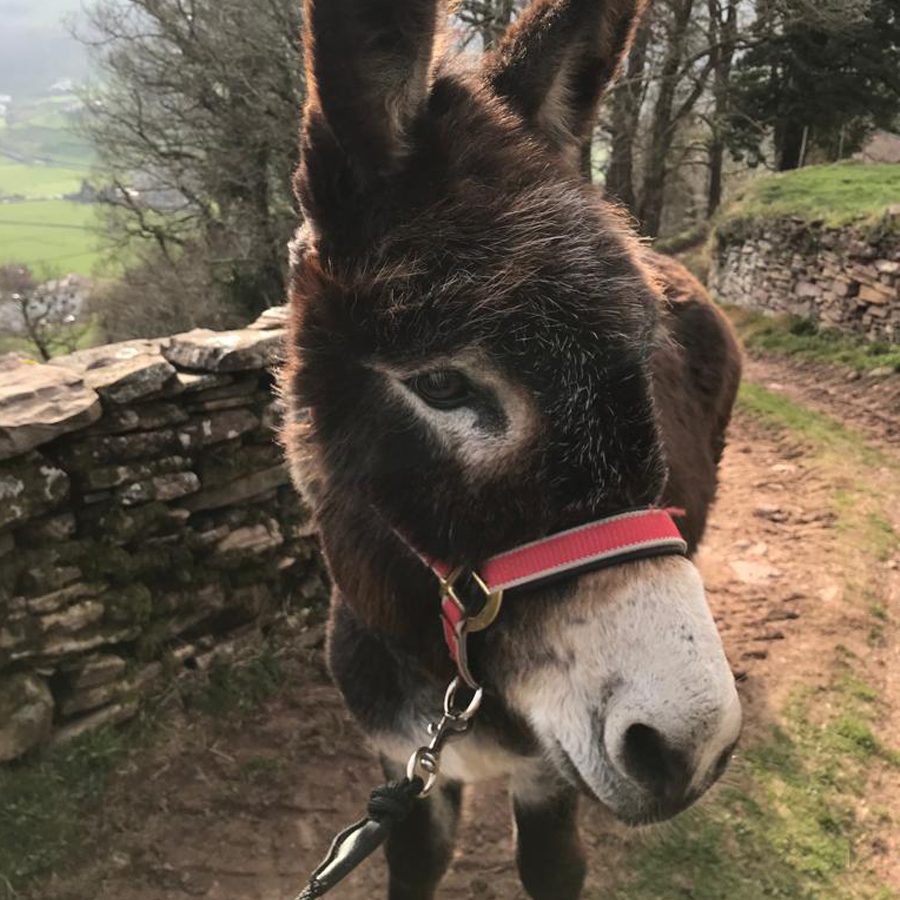 Meski is an oasis in the Moroccan desert and the name of a town. Very elegant in appearance, large, brownish and with white hairs on the forehead. He is a fast donkey that has traveled many long routes, including the Camino de Santiago. 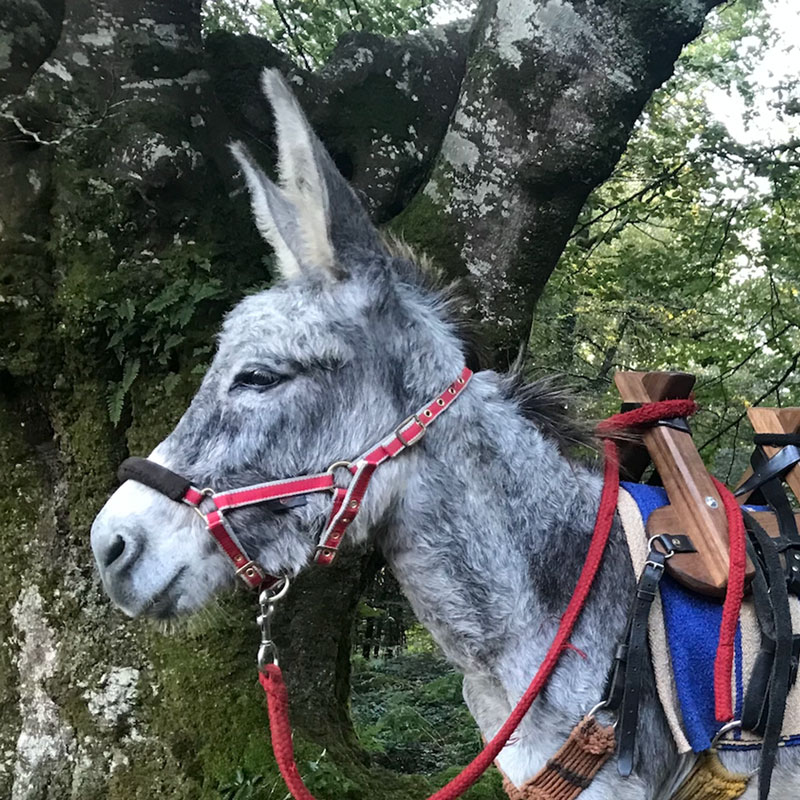 Shy, but until you pets him because he loves to be pampered. He is very clear about what he wants. He is a small light gray donkey. 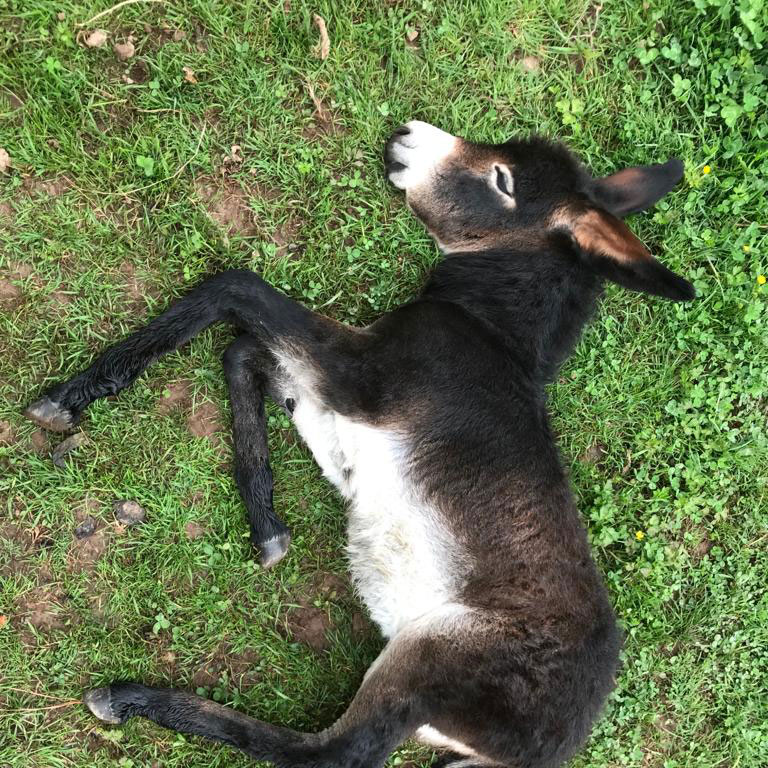 He is the youngest of the group, the only one born at home and the Day of San Isidro, patron saint of the baserritarras, hence his name. He is a very nice burrito, everyone loves him!

Do you want to know more about our donkeys?